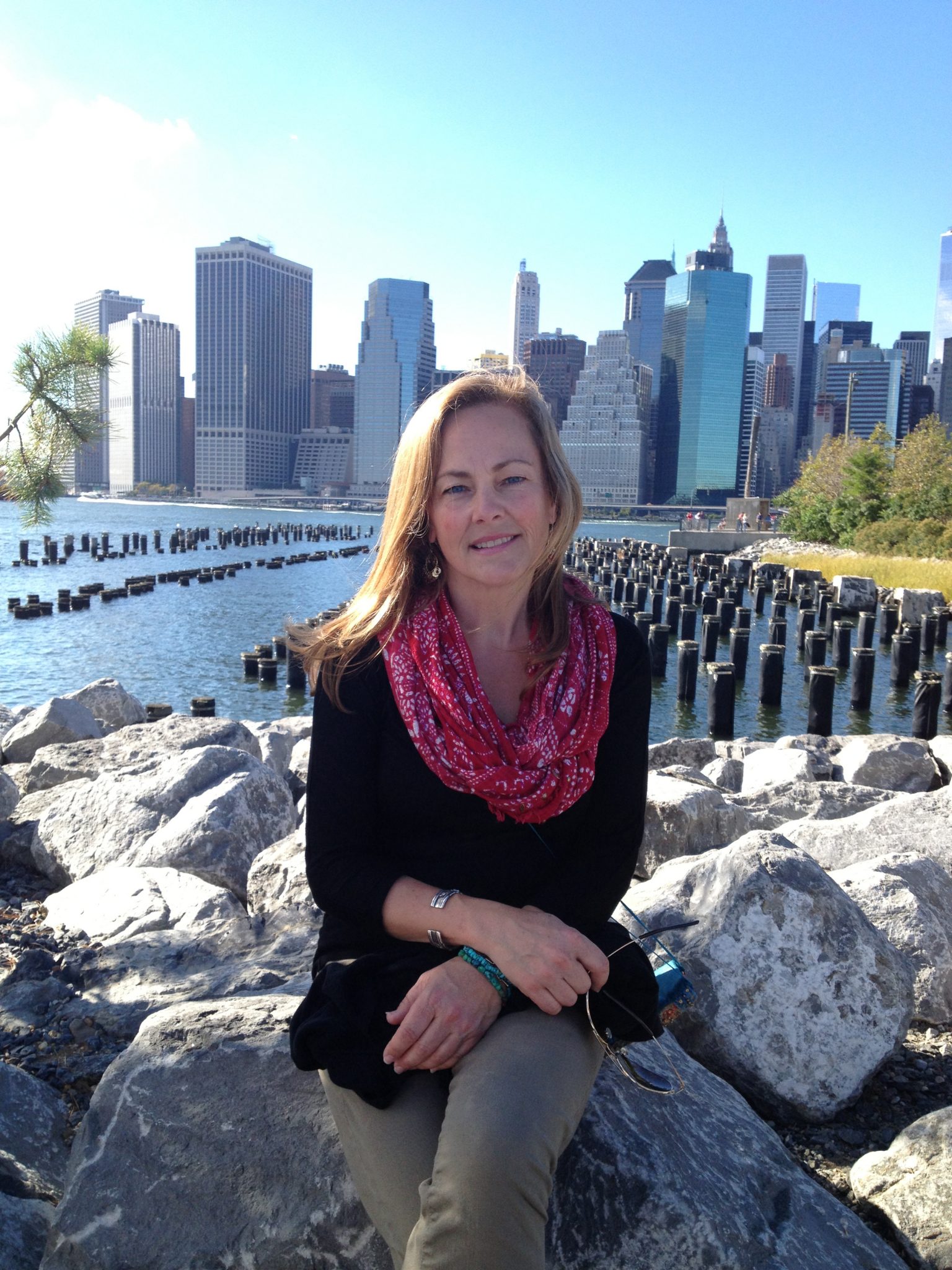 Cathleen Newsham, Creative Director and founder of Modern Mosaic Arts, LLC, earned her B.F.A. in Graphic Design from Louisiana State University in 1983, and began her career as a broadcast designer in Baton Rouge, Louisiana. Involved in the creation of commercials for various retail and corporate clients, she was voted Art Director of the Year in both 1987 and 1988 by The Mississippi Gulf Coast Advertising Association. Re-locating to Washington, DC in 1988, then to New York City in 1991, Ms Newsham continued working in television and film for national production companies, until opening her own design firm; CNDesign, in 1995. The firm specialized in network and cable television promotion and branding for clients such as The History Channel, A&E, The Food Network and The Discovery Channel.

In 1999 Ms. Newsham began the renovation of her home in Westchester County, New York. Involved in all aspects of the design and construction of her family’s home. Ms. Newsham had a vision of a sink for her powder room; colorful, luminous and liquid in appearance, and began her search for the perfect vessel to capture that essence. As the renovation progressed, Ms. Newsham was unable to find a sink that captured her vision, so she put her artistic talents to work. After months of experimentation with glass, adhesives, grout and various basins, she created a mosaic glass sink. Lighting from below the sink and onyx counter-top, she created a sanctuary of light and glass in what had been a very dark, ordinary space.

Art directing and lighting many film shoots during her broadcast design career, Ms. Newsham credits those experiences for giving her the insight to utilize dramatic lighting in her mosaic designs. Ms. Newsham’s business has grown over the past 20 years to now include back-splashes, flooring, fireplace surrounds, wall mosaics, light fixtures, furniture, mirrors, vases and gift items in addition to her original product line of limited-edition glass sinks.

A member of the Society of American Mosaic Artists since 2000, and a founding member of the New England Mosaic Society, Cathleen stays active in the international mosaic community by educating and mentoring mosaic professionals and hobbyists.  See the Education page of this website for more about her mosaic tours, mentoring programs and online classes. 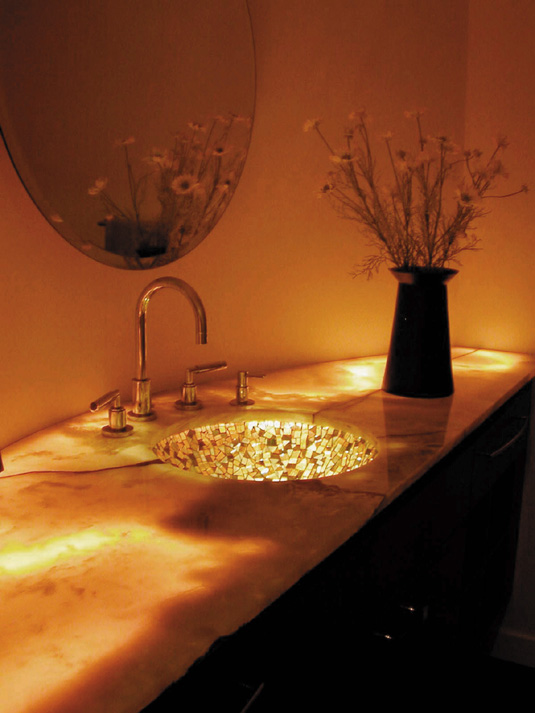 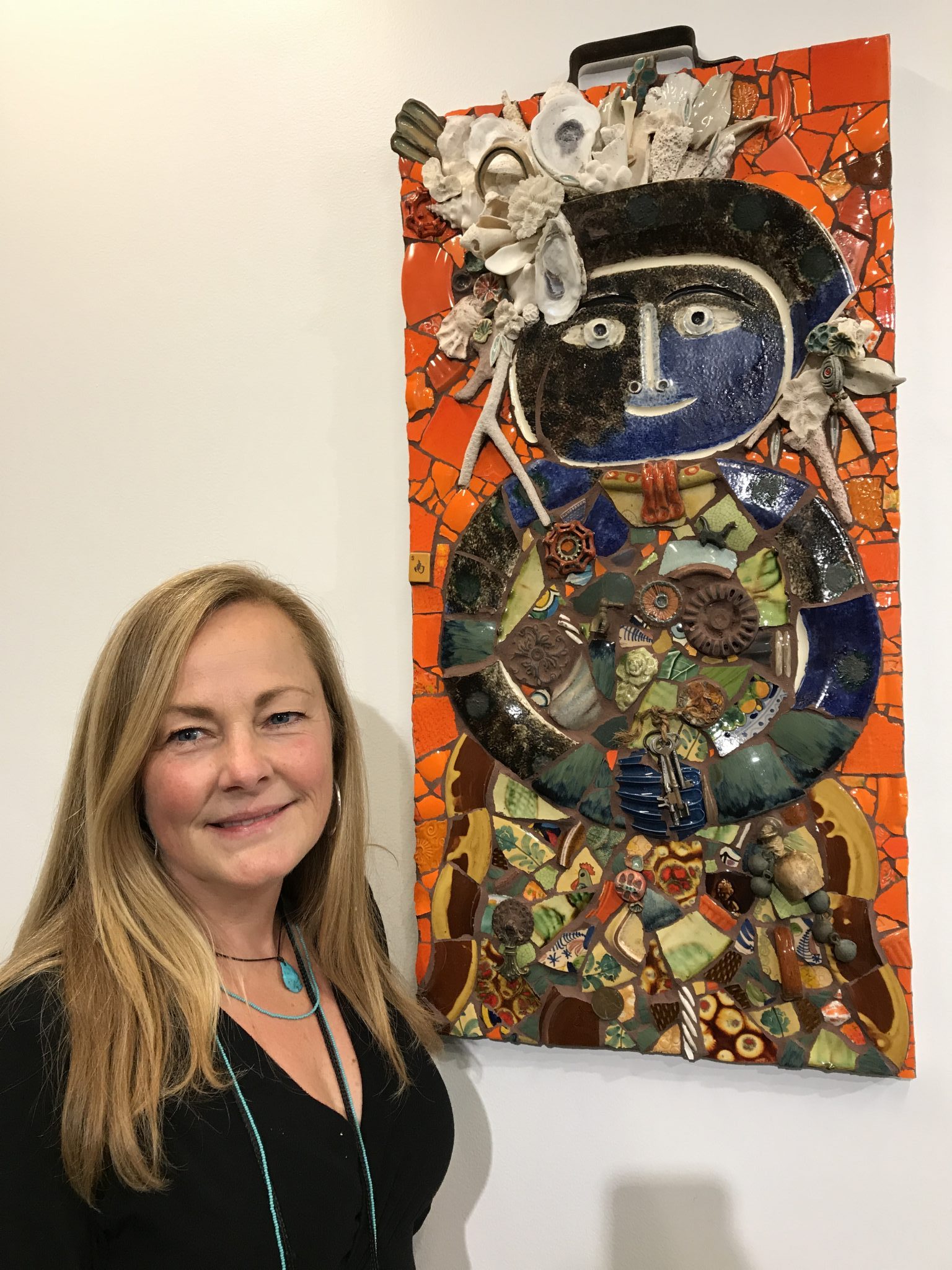